Cheers! 4 of the Most Interesting Bars in Arkansas!

Let’s get something straight, here: Trying to pin down the oldest, best or most interesting bars of Arkansas is akin to trying to grab a handful of water. You don’t accomplish much.

Having said that, there are those institutions that tend to transcend our own individual experience to become part of the collective identity of a neighborhood, a community and in the case of our featured watering holes, a people.

No, this is most certainly not the definitive list of
the most important establishments in Arkansas. In fact, we’d love to hear about your favorite place and what makes it so. But until then, grab a seat and join us for a round at four historic spots.

Last fall, Arkansas voters approved casino gambling, a measure that expressly identified Hot Springs as one location for the new entertainment. And somewhere, the ghosts of the Ohio Club smiled.

“For me, it’s all the different things that it’s been and seen,” says Mike Pettey who with his wife Dona has owned the landmark since 2010. “We’ve had Babe Ruth. We’ve had entertainers going all the way back to Al Jolson who performed here in 1915. Mae West did her little burlesque show here in 1935.”

A town with as ribald a past as Hot Springs needs a legendary establishment to match and the Ohio Club fits that bill. Founded as a bar and casino in 1905, it’s been around so long it’s seen both of its original stock and trade—gambling and booze—go from legal to prohibited and back to legal again.

Not that the statutes of the day ever mattered much within the Ohio Club. The sign out front may have read Ohio Cigar Store for a time, but behind figurative and literal façades the bets and beer flowed freely. This blatant disobedience appealed to more people than it outraged; a civil rights rebellion befitting the nation’s forefathers, emboldened by half-hearted law enforcement and a complicit City Hall.

The Ohio Club hosted many luminaries—Teddy Roosevelt tipped one here—but is known for its rogue’s gallery of the underworld. Charles “Lucky” Luciano, Benjamin “Bugsy” Siegel and Al “Scarface” Capone were all regulars when in town, often hosted by Hell’s Kitchen transplant, Owen “Owney” Madden. There aren’t many places where you can drink Capone’s drink (Templeton rye whiskey) seated at the same bar where he ordered it.

Of course, the gangsters are gone now. Live music plays where roulette wheels once clicked and the only chips you find come alongside the city’s best Reuben sandwich. But the images that made the Ohio Club what it is—the infamous and the ordinary—still linger.

“A man I met said that his dad and a bunch of his buddies sat in our bay window drinking beer, waiting on the bus to come pick them up for World War II,” Mike says admiringly. “You know, it’s just its longevity, of having been there and all the things that it’s seen, that I like the most.”

Launched in 1927, George’s started out as a general store in addition to being a bar and restaurant. From the start, the Fayetteville landmark catered to college students attending the University of Arkansas.

“My wife and I keep a yearbook library collection over the front bar that goes back to 1907, and we have most of them,” says Brian Crowne who owns the place with his wife, Day. “It’s cool to see a freshman looking at his parents or his grandparents, or somebody comes in for homecoming that went to school here in 1960. They still feel a connectivity and relevance.”

Two such former students, Dr. and Mrs. Bill and Betty Harrison, took their nostalgia to a new level. They bought the place in 1987 and in so doing, owned the very spot where they had their first date as undergrads.

In all, George’s has only changed hands three times in its ninety-one-year history, and this stability in ownership has shepherded the place through good times and bad. The Dickson Street landmark became a music venue in the 1940s and was one of the state’s first integrated bars in the
1950s. Other firsts include being the first bar to provide color television and among the first in town to offer pizza delivery. Its Friday afternoon matinee slot is a lasting tradition that goes back decades.
By the time the Crownes came along, George’s operated as a music venue and an exceptional one at that. As Arkansas’s oldest and longest-running live music spot, it was ranked by Consequence of Sound as one of the 100 greatest music venues in the country in 2016. A former professional musician, Brian remembers the thrill of playing here and is committed to providing both audiences and bands—from critically acclaimed national acts to starry-eyed wannabes—the same experience.

“We have people who are regulars that are music lovers, but every show is different and has a different demographic,” he said. “You can have a show that might have some college kids. You might have a show that has jam band kids. Cool thing about live music is that it’s a melting pot; it’s not unusual to have an eighteen-year-old standing next to a fifty-year-old, and they’re both there for the same show.”

Eureka Springs’ artistic-enclave-meets-hippie-commune vibe seems an ill fit for a notorious speakeasy such as could be found in the Basin Park Hotel. Yet that’s exactly what it offered in the 1940s and 1950s, right down to the Chicago gangsters that then-owner Joe Parkhill welcomed with open arms. “Our folklore has it that Al Capone’s sister was said to have gotten married in Eureka Springs,” says Bill Ott, director of marketing
and communications. “It is also said that Al has been up here.
We’ve always been a sleepy community, and people get away with a lot more when you’re sleepy rather than flamboyant.”

Opened in 1905, Basin Park brought the party to the city’s fabled main drag. The hotel’s first floor featured slot machines as did what is now the Lucky Seven Rooftop Billiards on the sixth floor. The latter also featured a system of fake doors marked “Storage” to hide the machines should the need present itself. The booze flowed nonstop, particularly during Prohibition.

Everyone knew the vice the hotel provided; ax-wielding temperance maven Carrie Nations herself preached in front of the place once. But as law enforcement (including the Arkansas State Police) were known to tip a glass or two here, they weren’t overly exacting in their sworn duty. Then, in 1955, new Carroll County Sheriff Erwin “The Weasel” Deweese took office, an Eliot Ness-type crusader bent on enforcing the law.

“[Deweese] was supposed to raid them on New Year’s Eve one year and it got to be close to midnight, and he never showed up,” Bill says. “So they opened up these secret panels that had the slot machines behind them. A little after midnight, [Deweese] shows up and took all the slot machines out in the middle of the street and broke them up with axes and sledgehammers.”His slot machines shattered in the street, Parkhill was not long for the hotel business. And when he sold to straight-arrow lawyer, former U.S. Congressman and Eureka Springs mayor Claude A. Fuller, it sent the gangsters scuttling off for good.

Today, the Basin Park Hotel provides an unparalleled Eureka Springs experience. Enjoy your drink on the balcony—the choicest seats for enjoying the city’s many parades and community events—and raise one to the most interesting town in Arkansas.

The best legend about the Capital Hotel is that President Ulysses S. Grant rode his horse onto its oversized elevator en route to his room. The tale, sadly, is patently false; Grant’s 1880 Little Rock visit preceded that elevator’s installation by about 100 years. But it’s a fair bet the folktale grew legs in the lobby enclave known as the Capital Hotel Bar & Grill.

This glossy, dark-paneled bar, a wonder of a particular brand of Southern elegance, predates the others on this list by a mile. But it didn’t always operate in its current capacity; in fact, it very nearly didn’t survive at all the 1970s’ malaise of Little Rock’s downtown district. Thankfully, with care and several million in renovations—the most recent being a two-year overhaul completed in 2007—the Capital Hotel Bar & Grill is once again the place to see and be seen.

The bar’s most remarkable feature is the staff’s encyclopedic knowledge on the art of the cocktail. Don’t ask for the specialty of the house, that’s not what they’re about here. “People often look for one drink,” says Brad Smith, staff cocktail savant. “That’d be us letting you down if there was just one drink.”

Smith and his cohorts take their marching orders seriously, that being to provide the most comprehensive drink acumen and the most sophisticated ambiance anywhere. Not just Arkansas, not just the South, anywhere. Want a beverage from the Revolutionary War? Got it. Need the drink John Wilkes Booth drank holed up in a barn after assassinating Abraham Lincoln? Check. Got a taste for a real mint julep garnished with a particular species of mint freshly plucked from Smith’s own garden? You get the idea.

The staff is driven to such lengths here out of respect for the client and the craft. “Our proportions and technique will always apply the beginning of bartending,” Brad says. “The craft went away there for a while. Then starting in the 1990s, serious bartenders started buying old menus and scratch pads that bartenders had had in the 1890s. I keep some of them on me.

“It’s really interesting; people have picked up on and started drinking what the forefathers drank—every great poet, every great writer, people who started the country and some that tried to end it. There’s nothing historic that we don’t do here.” 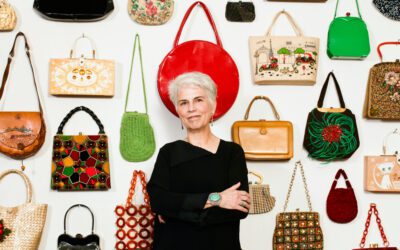 Anita Davis is a visionary when it comes to people and place, and she also... 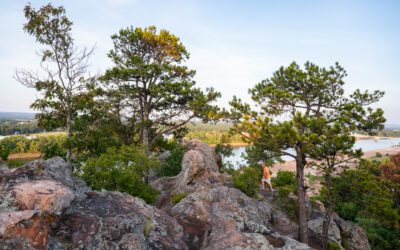 The Arkansas Natural Heritage Commission (ANHC) is charged with the...