I love books for all kinds of reasons. Come to my house, and you’ll see the bookcases filled, the nightstand by my bed stacked high, the coffee table holding the next two or three books I plan to read.

Occasionally, I come across a book that rises even higher than my expectations for it. Faithful by Alice Hoffman is one of those books. It opens in Long Island, on a snowy night in February, two years to the day after high school seniors Shelby Richmond and Helene Boyd were in a car accident that ruined both their lives.

Helene, in a coma, lies in a hospital bed at her parents’ home, and it’s believed she is somehow performing miracles, such as healing the sick. Shelby, riddled with guilt, has not seen Helene since the accident, cannot bear to see her. Shelby’s halted her life, a form of penance, living in her parents’ basement, shaving her head, going out only to buy weed from a former classmate, Ben Mink.

Ben was a misfit in high school, while Shelby and Helene were golden. But now, after the accident, Shelby has given up her popularity, her friends, her future. Ben sees Shelby’s guilt, her pain, and he stands by her as much as he can, telling her the wreck was not her fault, trying to make her see reason.

Finally, he convinces her to move with him to New York City. Shelby is an odd duck in an outrageous city, which seems to work
in her favor. She gets a job in a pet store, and through a series of events, gets promoted to manager.

All the while, she’s getting postcards sent to her parents’ home. They are lovely, with intricate drawings and messages like, Want Something, and Rescue Something. These anonymous directives seem to be asking her to restart her life.

And she does rescue something. She sees an abused dog and steals it. The rescue works in her favor, helping her realize she might not be as unredeemable as she believed.

Still, the journey she takes is not an easy one. She loses someone she loves immensely, her love life is tumultuous, she makes bad choices.

What I loved most about this novel, was that it felt almost as if a fairy tale ran just beneath the surface. Here was Shelby, so full of pain she could barely exist. And there were these postcards that were leading her to hope again.

The crowning glory was when the sender was revealed, and all the pieces of this shattered story started to pull themselves, and Shelby’s life, back together.

I cannot recommend this book enough. Faithful is a masterpiece and a story that will open both your eyes and your heart. 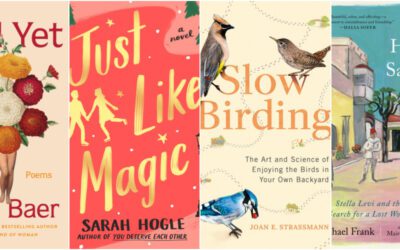 Enjoy these Christmas gift recommendations from our friends at Bookish, Fort Smith,... 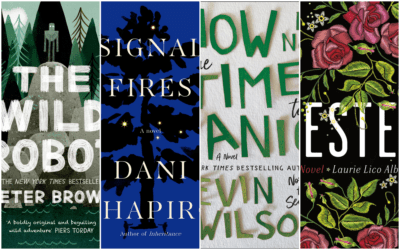 Enjoy these four must-read books from our friends at Bookish, Fort Smith, Arkansas’s...

Enjoy these four must-read books from our friends at Bookish, Fort Smith, Arkansas’s...