Christen Byrd’s small business is tied up in knots. Just the way it should be.

Each week she personally hand-ties “one or two thousand” balloons of all sizes into glorious, oversized garlands and abstract shapes that can stop you in your tracks. The bright, unmissable explosions of color by Christen’s company, Just Peachy, dress up doorways, yards, event spaces and local businesses across central Arkansas and the state beyond for all manner of special occasions. You’ll find them dripping from giant chandeliers at fundraisers, draped over home mantels as a welcome home surprise, or spilling over staircase banisters in tasteful engagement photos.

Her biggest installation to date was at Arkansas Children’s Hospital and included 4,500 balloons strung from the ceiling in clusters along the full length of a huge room. “That one was such an effort, but it came off great in the end,” she says. “Thankfully, we had a lot of volunteers and a production company to help put it together. It’s usually just me.”

Becoming one of the balloon people

Christen, a mom of three with a big smile and twinkly, intelligent eyes, trained as a graphic artist and photographer. Several years ago, while working as creative director at Little Rock’s Loblolly Creamery in the SoMa district, the Cabot native got it in her head that she wanted to try her hand at balloon design, a skill she taught herself.

“I got started by following a bunch of balloon people on Instagram,” she says. (Yes, “balloon people” are a thing and apparently have their own cottage industry.) She says the big players were in New York, L.A., Chicago and San Francisco, plus Australia, a country Christen says is “leading the charge” on creative design concepts. “I still do a lot of research on trends in design to stay on top of it,” she says.

When Loblolly moved a few doors down on South Main, Christen created her first balloon installation for the grand opening. “It’s funny looking back at that now,” she says, laughing. “Absolutely nothing from that first one is anything I do now. I’ve learned a lot since then.”

As Christen started creating more balloon installations for Loblolly, “people started calling, and they did not stop,” she says. She’d become one of the balloon people. So, she branched out, for several years working long hours balancing her Loblolly work with balloon installations for new clients. She named her business Just Peachy after one of her loves, and one of her catchphrases.

“When people ask me how I’m doing, I’ve always said, ‘I’m doing just peachy,’” Christen explains, “I love peaches. I even screen-printed curtains for my living room with giant peaches on them. So, when I was looking for a name for my business, something fun and memorable, something big and round like my balloons, it fit perfectly.”

The other reason Christen didn’t want to go with an explicitly balloon themed name for her business is that she plans to expand the business and include more of her event-planning and design services under the Just Peachy umbrella. While she has no plans currently to open more locations, she travels to all areas of the state to install her designs.

Christen says, “My husband also owns his own business [Perch, a web development company], and for a while we were both working from home. With his work, my balloons, and three kids, we got to a point we realized we had to have more space.”

In September the couple moved their businesses into a shared studio downtown. It’s light and airy with two walls of floor-to-ceiling windows that brighten the long, colorful latex streamers installed in a sculptural array hanging from the ceiling (“I love to do streamer backdrops, too,” she says).

From the street, it’s hard to miss. A third wall is carpeted with dark green faux botanicals that contrast with an oversized neon Just Peachy logo and lend the reception area a sense of organic design. The cozy space somehow feels huge and friendly, with comfortable furniture inviting conversation and brainstorming, just the way Christen wanted it.

Just Peachy’s installations, which Christen describes as abstract and organic custom designs, have only a vague similarity to the standard balloon arches seen at so many weddings and proms, those uniform structures with formal lines. There’s a place for those traditional forms, she says, but it’s not what she’s interested in doing. “I want to do pieces that are outside the box. I don’t want to do anything that’s normal looking. Every single thing I do looks completely different from the last one; they’re unique by design,” she says. “I have to be creative.”

Indeed, Christen’s designs seem like what those traditional arches might become if they experienced a literal explosion of creativity and color, splashing out of their bounds into wild bursts of ridiculous fun. It’s impossible to see one of Just Peachy’s installations and not want to take a photo.

Half of their appeal is the daring colors Christen pairs together, curating them in sometimes surprising combinations that make a piece pop (metaphorically, that is; popping balloons is not ideal in this business). The colors aren’t always what a customer originally had in mind, but Christen works with them to see her vision for what the piece could be.

“I’m real picky about color,” she admits. “I appreciate when people recognize that. I try to guide my clients sometimes, and most people are very open to suggestions. I feel like it’s worth saying something if it doesn’t feel right, because if it’s going to have my name on it, I want it to look the best it can look.”

Her favorite part of her work is when a customer trusts her enough to allow complete creative freedom. “Sometimes there are parameters where that’s not possible, and I always try to work within their budget,” she says, “but those times they give me the go-ahead to do my thing and let my creativity flow organically as I build the installation, those are the best.”

Business at the new location was growing. Then suddenly at the start of wedding, prom and spring fundraising season, the world stopped for a pandemic. All at once, every event on Just Peachy’s calendar was canceled. “That was pretty scary,” Christen admits. “I thought, ‘How can I make this work and continue some sort of income?’”

With everyone stuck at home, Christen came up with the idea of a balloon delivery service. Purchasing cute and unusual-shaped balloons that other retailers don’t carry, she began packaging “helium bundles” for people to surprise their friends and family. In another stroke of synergy, she partnered with her former employer to offer an optional pint of Loblolly ice cream delivered with the balloons.

Likewise, to accompany a large margarita-shaped helium bundle, she paired it with a margarita kit from The Fold, a local Mexican restaurant. “People who can’t meet for drinks anymore send one to their friends, and it’s a lot of fun. Or they send the bundles of balloons and ice cream to a kid having a birthday, to their grandmother stuck at home, to anyone they want,” she says. “It’s really taken off.”

The helium bundles kept the business afloat, so to speak, and she’s keeping it going. But now, with businesses reopening, events are being rescheduled, and her balloon installation business has picked back up. Byrd realized she had a new problem: she had too much work to do by herself.

So last month she hired her first employee. “It seems crazy to be hiring during a pandemic, but that’s what’s happened,” she says. “We’re officially growing.” 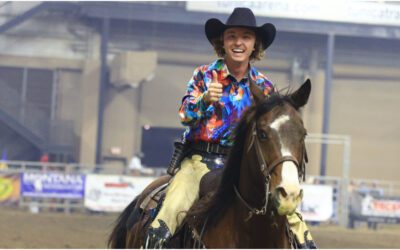 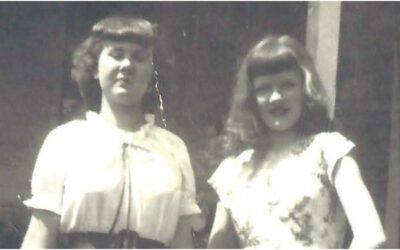 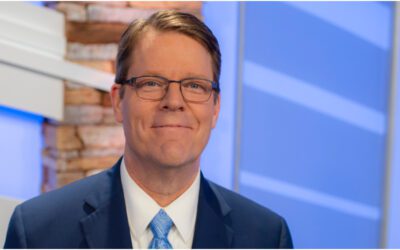