Staring into his eyes, it was like she could see every constellation in the sky, every planet in the universe, all the nebulae in a swirling spectacle of color, light, and indescribable matter that was almost too incredible to look at. And in that moment, she knew she wanted to stare into those eyes forever.

“Do you think I’m deluding myself, Mom?” I asked, picking at the label on the soda bottle I’d opened. I’d come over for lunch and some advice, having taken the afternoon to run some errands that I’d been neglecting.

She looked at me quizzically. “How do you mean?”

I shook my head. “I don’t know,” I sighed. “Sometimes I feel like I’m doing all of this alone. Like I’m the only one putting any effort into this relationship. I love Ethan—I’m in love with him—but sometimes I wonder if I’m just convenient or if he feels the same for me.”

I stopped picking at the label as tears started forming in my eyes. “I’m not sure how to talk to him about this,” I admitted. “Most of the time, I’m perfectly happy. But there are times when I don’t know what he’s thinking, or if we’re headed in the same direction.” I pulled my hands into my lap and stared down at them.

My eye caught on the ring he’d given me for my birthday, a simple band of colored stones he said represented all the color and light I brought into his life. “You sparkle,” he said when I opened the box. “Every day with you in it is brighter, and you color my world in a way it never was before. I love you.”

That had been months ago, months that we’d had arguments that left me wondering if he still felt that way, or if there was a crack in our relationship that couldn’t be repaired, one that would widen with time.

I looked up to see my mother studying me, head tilted and blue eyes serious, mouth pursed as though she was holding back the words that were forming behind them.

“What, Mom?” I asked, knowing she had something to say. “Just tell me what you’re thinking, please?”

“If you feel like you’re a convenience instead of a priority, you need to examine that,” she said gently. “Listen to what your heart is telling you.”

I felt tears roll down my cheeks. “I want him to want me,” I said, hearing my voice break as I said the words. “And I feel like he stopped. Maybe I want so badly for him to want me that I’m letting myself be blind to all the ways he’s telling me he’s done.”

A look of heartbreak crossed my mother’s face. “Oh, baby,” she said, reaching up to wipe the tears from my face. “Know your worth, my girl. Always remember you are a treasure and never settle for less than you deserve.”

I shut the door behind me and tossed my keys onto the entryway table. I’d left my mother after having a good cry and some more talking. But I still didn’t feel anymore resolved than I had when I’d left home.

I looked at my watch. Two thirty in the afternoon. Ethan worked from home, so I knew he’d be here. At least, he hadn’t told me he was going anywhere. He’d been working on some projects in the garage when I’d left, elbows deep in the guts of a lawnmower he was repairing for a friend and covered in grease.

“Ethan?” I called out again.

Maybe he was outside. I kicked my shoes off and shuffled down the hall towards the bedroom. I was exhausted, mentally, and emotionally. All I wanted was to crawl into bed and sleep, even though it was the middle of the day.

I reached the bedroom and took the knob in my hand, turning it and pushing the door open. My tired brain didn’t even register the fact the door hadn’t been shut when I’d left home. Maybe Ethan was taking a nap. He did that often in the middle of the day, having spent hours into the night and early morning working without sleep.

The door swung quietly on its hinges, opening into the room. And what I saw when it opened tore my heart.

I’d moved out and found a place to heal—or try to. I was still raw enough, though, that sometimes in the dark hours of night I was overtaken by an overwhelming need to cry, wracked by sobs that escaped my body and went unheard in the empty room.

I looked up to see Jason, a friend of Ethan’s, standing over me. I’d been sitting at a table outside a little cafédowntown, reading a book I’d been meaning to get to for months.

“Jason,” I said, feeling surprised, mixed with a fresh stab of pain. He was a reminder of Ethan and everything that had happened.

“May I?” he asked, indicating an empty chair at the table.

I nodded, and he sat.

“How are you?” There was genuine concern in his eyes. “I know what happened, and I’m so sorry.”

I gave him a small smile and looked away for fear that looking into his eyes would break down the wall I was trying so desperately to keep up. “Me, too,” I said quietly.

I took a deep breath and looked back at him. “I’m fine. Really.” I hoped I was convincing, but even to my ears, the words sounded hollow.

“You deserved so much better than that.” Jason shook his head in disgust. “I told Ethan what a big mistake he made. He’s just too much of an idiot to realize what he lost.”

The words made me smile slightly—genuinely this time, but still tinged with sadness. “Maybe I was the idiot,” I replied. “Maybe I ignored all the ways he was telling me it was over for him. Maybe I wanted so badly for it to work that I wasn’t seeing the signs.”

“If he wanted out, he should have told you,” Jason returned.

I shrugged. “It happened. It’s over.”

“It’s his loss. Remember that. And you’ll find someone who knows how great you are.” He grinned at me. “Even if you can’t play cornhole to save your life.”

I laughed, feeling the unexpectedness of it like a slap in the face. It had been a while, and it felt good to just have that release.

“No argument there. But to be fair, I haven’t had a lot of practice,” I countered.

Jason nodded. “True. We should fix that,” he said. “I’m going out for drinks later with some friends. There’s cornhole boards there. You should come.”

It sounded so simple. You should come. But it felt complicated.

Jason leaned forward in his seat. “Come on. It would be good for you. And it would make me feel better to see you having some fun.”

“Maybe is better than no,” he said, standing up. “Eight o’clock at Stan’s on Fifth. I’ll save you a beanbag.”

Stan’s was crowded, not surprising for a Saturday night. I spotted Jason in the crowd with a small group of people I didn’t recognize. At least no one who knows what happened with Ethan and me, I thought with relief.

“There she is!” I heard him call out.

I made my way over, and Jason gently placed a hand at the small of my back, guiding me closer to the group. “Everyone, this is my teammate for cornhole tonight, so prepare to get your butts kicked,” he said with a wide grin, giving me an almost imperceptible wink.

I smiled back at him, feeling relaxed for the first time in months. Our eyes met, and in the quickest of flashes, I could see something…Something that made my heart catch.

The broken shards began to move, and I could feel that maybe, just maybe, they could become whole again. There would always be a scar, but it didn’t have to end me.

“Thanks for coming,” Jason said quietly.

It was there, in the black and white of shadows and light, the curves and angles of... 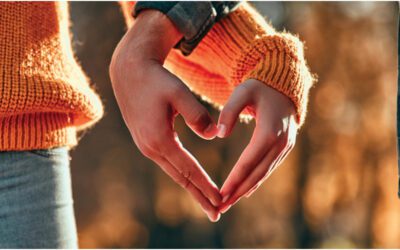 Standing with his arms wrapped tightly around her, she could feel a sense of home she...

“Hayley, what are you doing?” I heard a voice yelling at me from behind, nearly drowned...