In many ways, Christie Johnson Erwin is like any other head of any other nonprofit. As Executive Director for Project Zero, an organization that brings adoptive families and kids together, she’s committed to her cause, tireless in her efforts and skilled in the art of building relationships and networking resources. The only difference is her fight is for the children who are waiting and longing for a forever family.

“You don’t have to talk to one of our waiting kids for very long to just realize you’ve got to fight for them,” she says of her vocation. Erwin’s sunny, upbeat approach never wavers, even when she hears for the millionth time the well-worn line from someone  she has approached about considering adoption. Time and passion have gifted her a raw, plainspoken response.

“Early on when I would hear [those statements] I would just kind of let it roll off my back. Then I began to realize that’s not the way to handle it,” she says. “They’ll say ‘I could never do that. I’d get too attached.’ I immediately say, ‘Then you are the perfect person to be a foster or adoptive parent,’ and that kind of makes them stop.

“Here’s the reason why: Kids who come into foster care or kids who are available for adoption, whether they’re a newborn or they’re eighteen, have experienced some type of trauma or loss, whether it’s abuse, neglect, even in utero if there’s drugs involved. The last thing they need is for me as a mom to hold them at arm’s length to protect myself. They need me to throw my arms open with abandon with a no-holds-barred kind of love and compassion and love them with everything that I’ve got.”

Christie pauses; as the adoptive mom of two and the shepherd of hundreds more to forever families through Project Zero, this is sacred work to her. And as happy as she is for the ones who’ve made it home, the faces of the hundreds still on the journey are always looking back at her, wondering when it will be their turn.

“The 363 kids that we have waiting today, their lives and futures depend on what I do and what you do and what we do corporately,” she says. “It’s not enough just to sit back and say ‘Well, I can’t do that because I’m going to get hurt.’ You will get hurt “If we think about how these kids have been hurt – I mean we’ve had kids who were left at cocaine houses in lieu of drug payment, who survived abortion attempts, who were sexually abused. Anything that our minds can’t take in because it’s just too hard, these kids have lived. When we look at the equation that way, it changes everything.”

At this moment, there are 4,298 children in Arkansas’ foster care system, according to the Division of Children and Family Services, the arm of the Arkansas Department of Human Services responsible for kids who have been remanded to the state’s custody. And while the cooperation between DCFS and various community organizations committed to assisting their work has never been better, there’s still a  higher population of total kids in the system than that of 400 of Arkansas’ 476 towns.

Many of them, about ninety percent, will be reunited with their families, either with their parents or responsible relatives. Those kids who remain, whose parents’ lives have spiraled to where they are stripped of their parental rights, make up the cadre of lives for which Project Zero exists every single day.

“As a foster parent and working with [our organization] I began to realize that as kids linger and languish in foster care waiting to be adopted, they lose hope,” Christie says. “For me as a mom, as a Christian, as a human, that just was not acceptable. Kids who are vulnerable need a voice, they need somebody to champion who they are and what they deserve. Project Zero was born out of that.”

Christie’s goals are audacious. The “zero” in the group’s name refers to the day when literally no more children are waiting, something that hasn’t been accomplished since Moses’ basket was plucked out of the Nile River, if then. But credit her this much, she’s throwing everything they’ve got at the issue, including some innovative multi-media tactics which are having a marked impact on the backlog.

“We realized we had to think outside the box; what we had done in the past was not working,” she says.

Matching kids to families is a numbers game, so Project Zero attacks the issue from various vantage points. They raise awareness about waiting kids through the Heart Gallery, an online photo album that provides a face to go with the story, a critical element in connecting a child with a potential family.

Two years ago, they expanded the concept by creating short, professional videos allowing people to hear the kids describe themselves and their aspirations in their own words. Social media is also leveraged to the hilt and collectively these tactics are paying off.

“We get inquiries from all over the country,” Christie says. “We’ve gotten inquiries from England, from Australia. When the kids are able to share their own stories, even if it’s a two-minute short film, it makes a difference. We have set out to do a short film about every waiting child; I think we’ve produced over one hundred at this point.”

The group also organizes Connection Events which are a sort of meet-and-greet between waiting kids and prospective families, giving both sides a chance to discover and learn about one another. In one of the largest of these events, last  year’s Disney Extravaganza, Project Zero and DCFS managed to bring together nearly 80 percent of Arkansas’ waiting kids with hundreds of hand-picked prospective families, resulting in an unprecedented sixty-one adoptions.

But most victories are won one day and one child at a time. As we talk, Christie mentions casually that she’s at a birthday party Project Zero is throwing for a waiting child at a Little Rock burger restaurant. It’s one part providing a celebration for a child who likely has never had one. It’s also public outreach as other customers are invited to come wish the youngster happy birthday and perhaps, just maybe, make the connection that leads to the ultimate birthday gift – that of a home.

The cake devoured and the balloons put away, Christie allows herself a pensive moment.

“I would be less than honest if I didn’t say there weren’t days when I struggle, because I feel the weight of this just resting squarely on my shoulders and on the shoulders of Project Zero,” she said. “But once again, when I look at the faces or get a hug from one of our waiting kids or throw a birthday party for a kid that’s never had one, I am filled with optimism.

“It’s not just business as usual anymore. [Our work] is beyond what I could have ever imagined. It’s making a difference.”

To view waiting children via the Arkansas Heart Gallery, make a donation to Project Zero or learn more, please visit theprojectzero.org. For more information on becoming a foster or adoptive home, please visit  hs.arkansas.gov/dcfs/fcaadopting/FCA_Inquiry. For information on participating in or donating to Walk for the Waiting in Little Rock, a May 4 walk benefiting Project Zero, The Call and Immerse, three nonprofits that serve waiting kids and teens, please visit walkforthewaiting.org. 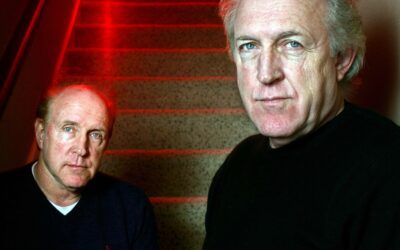 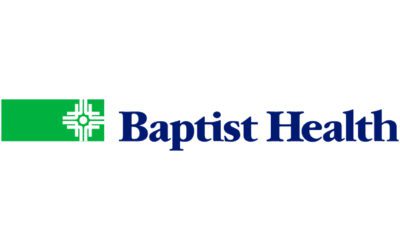 Baptist Health Community Outreach wants to help you maintain or even shed pounds this...