Standing with his arms wrapped tightly around her, she could feel a sense of home she hadn’t felt since the last time he’d held her. It was like time and space and distance fell away, and all that was left was their two beating hearts, finding each other again.

As much as I had hoped to downplay my excitement at seeing him, nothing could have stopped the ridiculous grin that broke out on my face as I walked up the sidewalk to the restaurant. There he was, after fifteen years. Still him; still Elliot. Still that same handsome face and lopsided smile, those same shoulders that looked as though they could carry the weight of worlds.

“Hey, you,” he said, his smile widening as I neared.

Elliot opened his arms wide and enfolded me into an embrace that seemed to hold fifteen years of waiting, of release from something unspoken, like I had given him permission to finally breathe. I held tightly to him, feeling his strong arms around me, and buried my face in his shoulder. I breathed in and smelled that familiar smell, lost to me more than a decade ago. It was like a shadow of a memory, something just out of reach that finally landed in my conscious mind.

“It’s so good to see you,” I said, my voice muffled into his shoulder as I held onto him.

He laughed, almost a relieved sound, and sighed. “It’s good to see you, too.” He tightened his grip around me and lifted me off the ground, rocking side to side.

I laughed at his words and pulled my face away to look at him. “I’ve missed you.”

His grey-blue eyes searched mine. “It’s been too long, Lily,” he said at last.

“Shall we?” he asked, nodding his head in the direction of the door and releasing me.

We were seated at a tiny booth in the bar area, a cozy spot that lent itself well to conversation without too many ears. We gave the waitress our drink orders, letting her walk away before turning our attention back to each other.

I shifted in my seat and rested my hands on the menu in front of me.

When we’d met seventeen years ago, there’d been an instant connection, something that drew us to each other like we’d known one another for years. It seemed we could talk about anything, never lacking for conversation, never encountering an awkward silence that needed to be filled. We were comfortable in each other’s space, and the falling happened fast and hard.

But Elliot wasn’t ready. I wanted and needed more than he was prepared to give.

Still, I waited, and hoped.

Over the next two years, I held onto that hope, even as I watched him with other women who weren’t me, women whose presence in his life seemed to last the blink of an eye before he was on to the next. Even through the parade of women, I stayed hopeful that one day, someday, he would finally see me.

The flirting didn’t help unblur the lines, either.

There was an easy banter that we shared, a lack of any kind of pretense of propriety with one another that sometimes edged dangerously close to the line. Ours was a relationship of remarkable transparency; and no matter how confessional I was to him about my own feelings, he still never ran screaming for the hills.

Despite all that, despite all the confidences we shared and the time we spent together, even the emails that seemed to fly between us with comforting regularity, I was still left waiting for him to say what I so wanted to hear.

It was the kiss that finally undid me. A kiss that came after two years of waiting, two years of a dance that I never truly felt I knew the steps to, as he would seem to lead one way and then change course with dizzying speed. It was everything I had imagined it would be, passionate and breathless and as though the world stopped spinning on its axis.

All it took was a motorcycle ride on the back of his bright blue Yamaha, speeding down the abandoned streets of a city shrouded in the darkness of midnight. Pressed tightly against him, I had my arms wrapped around his waist as we rode, a thousand thoughts running through my helmeted head with a speed that outpaced the road under us. I knew he could feel my heartbeat against his back, and I could only wonder if he felt as I did.

And then, things between us changed.

In blazing contradiction to what seemed to be happening between us, Elliot sent me a clear message that I was not what he was looking for—and what he was looking for was a shallow distraction that came with no strings. Then one day, a woman had answered the door when I knocked, and I was left to drive home with a devastated heart and a mind filled with utter confusion. He had broken our plans…and replaced me with her, instead.

His explanation, when it finally came, was that he was keeping a safe distance, that she had been an alternative to what he believed would be a mistake with me. His honesty, coupled with his declaration that he didn’t feel anything more for me than friendship, left me reeling, but unwilling to walk away. I loved him too much, even if he would never return my feelings.

And then, it was over. His feelings hadn’t changed. Or so he said. And I was left forever with the memory of that kiss indelibly printed on my mind and my heart. A few months later, he was gone from my world like something I had merely imagined.

We were well into dinner, having finally ordered after an hour of sitting there. Neither of us had really touched our plates, so busy were we catching up on the last fifteen years of each other’s lives. All the struggles; all the growth. All the changes.

“Can I tell you something?” I asked tentatively, looking down at my hands and trying to gather my courage to speak words I never thought I’d get to say, and now here he was.

“Of course,” Elliot said, reaching for his glass of sweet tea.

“I’ve never met anyone who was as confusing as you,” I said, finally meeting his gaze. “I never knew what you wanted. You knew what I wanted. That was never a secret.” I shook my head and could feel the sting of tears threatening. “But what happened between us…I never understood.”

Elliot leaned forward in his seat, looking at me intently. “I’m sorry for that, Lily. I didn’t know what I wanted. I knew I didn’t want a relationship. But I also didn’t want to be alone. I knew that starting something with you would be a mistake for both of us. My head just wasn’t in the right place for that.”

I nodded. “I understand,” I allowed. “And I knew some of the things that you were struggling with at the time, Elliot. But then…” I didn’t finish.

“I’ve done a lot of growing up since then,” he said with a rueful smile. “Life is a harsh teacher sometimes. We’ve both been through a lot over these past fifteen years. And the fact that we’ve found each other, at the same place in life, after all this time, is not lost on me.”

I smiled at him, this man I had waited so long for, who had stolen my heart so completely that no one else had ever claimed it back. What I saw looking back at me was what I had hoped so long to see. It was possibility, openness… and a new beginning. 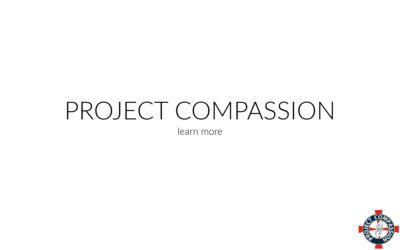 The mission of Project Compassion is to bring joy, companionship, and enhanced quality... 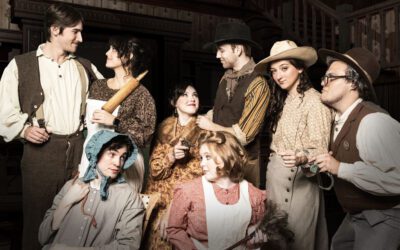 Beyond the Curtain A new immersive theater experience is being offered in Chester,... 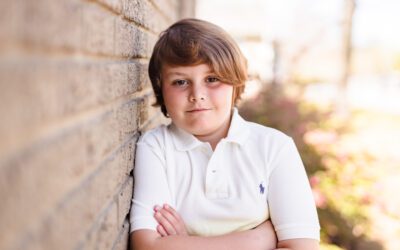